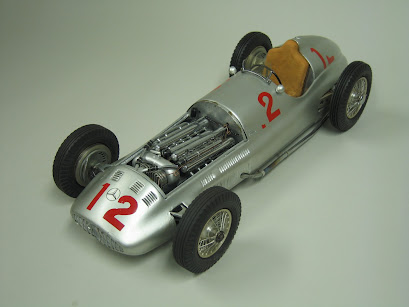 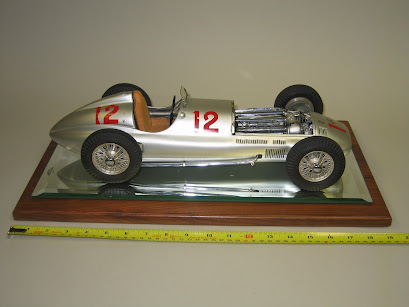 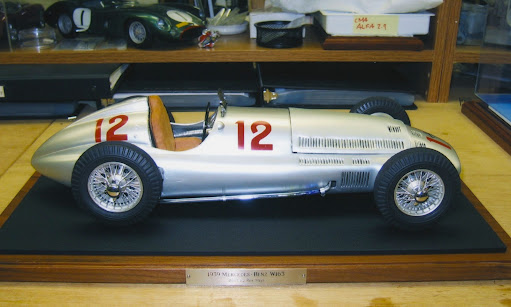 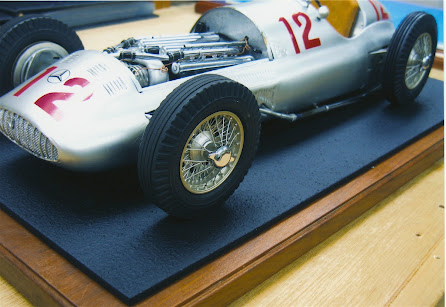 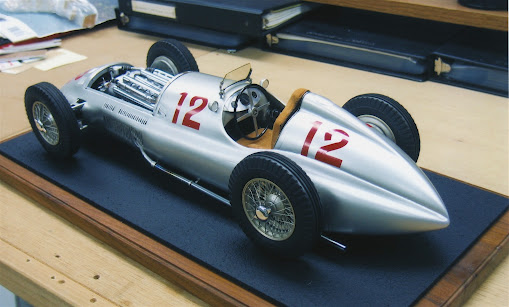 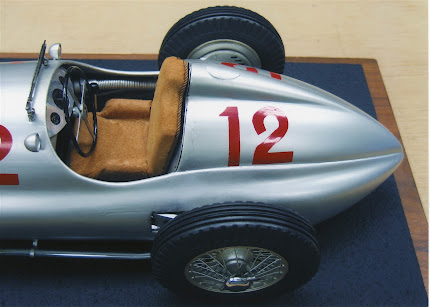 He came from a family of artists and sculptors, and he had been trained as a professional engineer. The late Rex Hays was an extremely well known professional model maker and among the first, if not the first, to specialize in taking on commissions for scratch built models, many of them for Kings and Queens as well as numerous well heeled collectors and major corporations.

Rarely does one of his pieces come up for sale. Hays built his works in at least a few different scales. The ones we have seen, or know of have been 1:20, 1:12, and 1:10. He built sports cars, racing cars, and classic cars. Some had opening panels and engine detail and some did not. The quality of his work, and degree of detailing for the time period they were built in, is more than impressive, and far better than other pieces by more well known model makers. He also authored many articles on model making as well as a number of books, including a very rare large format book of Grand Prix and Sports Car drawings of his.