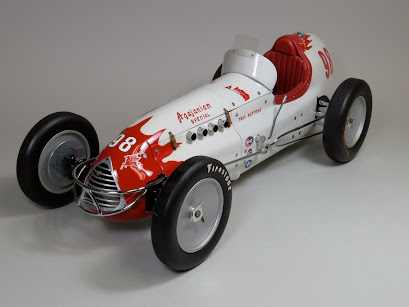 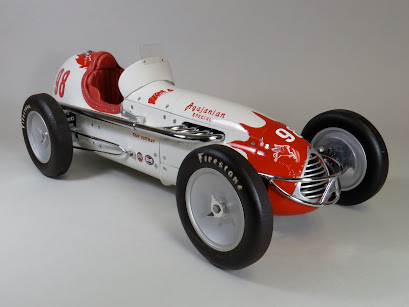 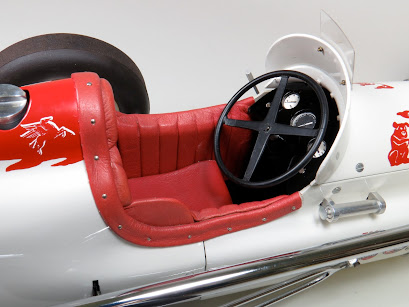 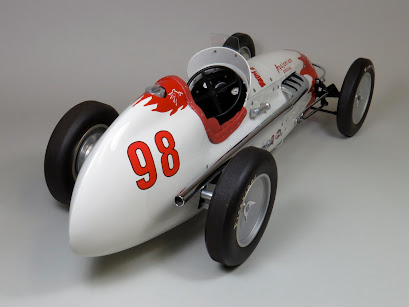 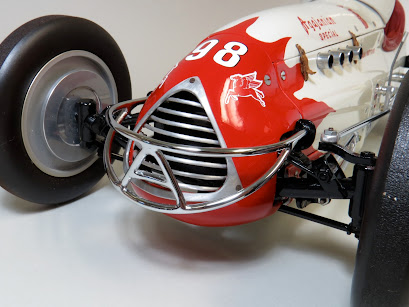 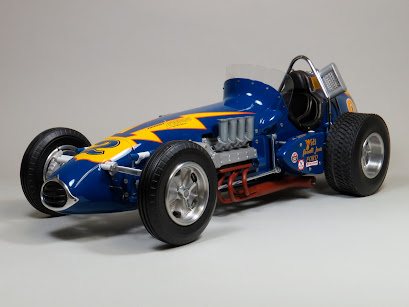 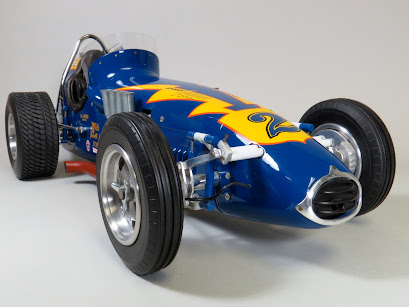 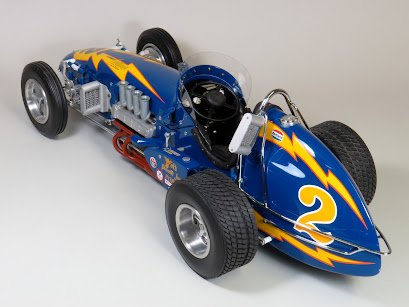 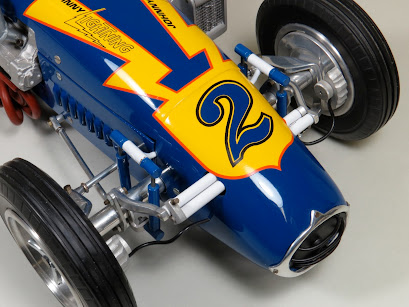 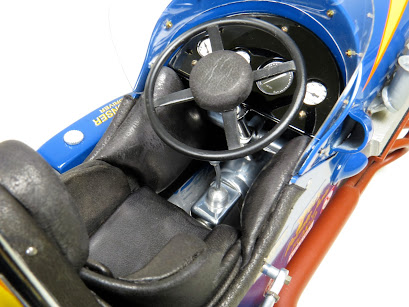 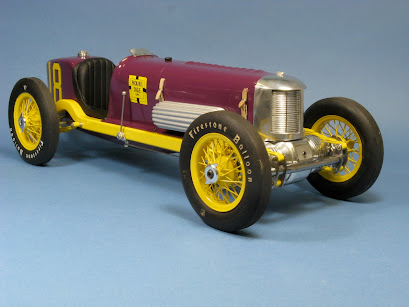 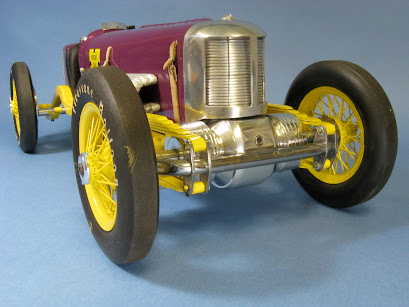 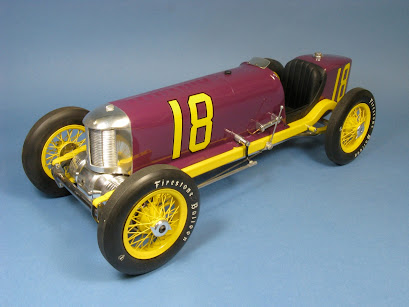 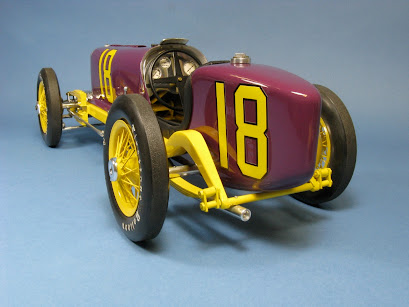 He is the son of famed Indy 500 race driver Russell Snowberger. John specializes in vintage Indy car models, hand crafted by him in his Michigan workshop.

When he began, his models were originally crafted from wood. Later on, he began constructing his scale racing machines of the very aluminum and other materials which comprised the full size machines of yesteryear, and that is how all of his models continue to be built.

Though his models are more simple in detail than many other scratch builts, they still offer a great deal, and are really not simple. Look at the photos!  He builds almost all of these in limited run series of anywhere from 20 to 35 of each car he chooses to model, but each model that John makes is built in the same manner as a one-off creation.