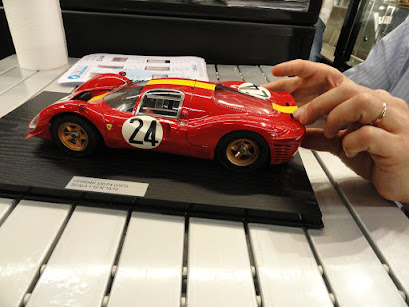 He has produced and built one-of-a-kind, and limited edition scratch built models in 1:12 scale, all made in France. Jacques doesn't produce much now, and more likely nothing at all, but back in the mid 1980's to early 1990's he made some fabulous models. Especially his limited edition of 375 Plus Spyder models...... He also built separate and complete 375 Plus rolling chassis! Depending on the model, his editions have been limited from 5 to 15 pieces. He has also built several one-off models.