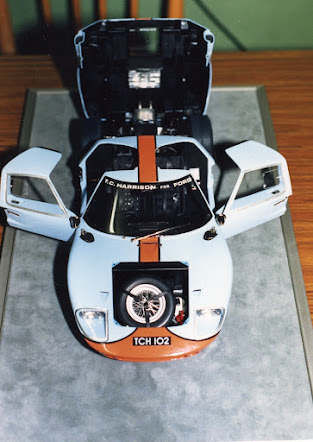 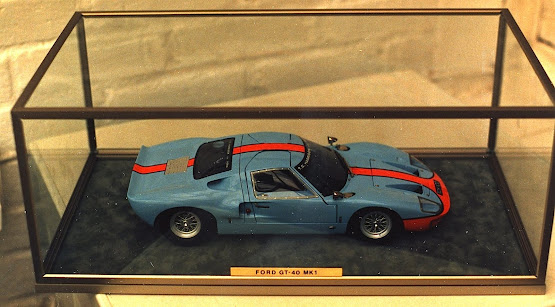 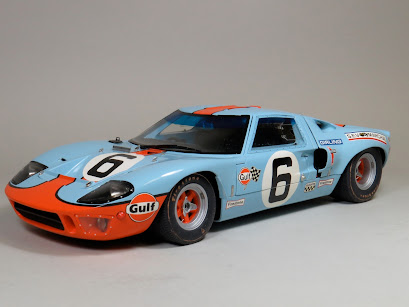 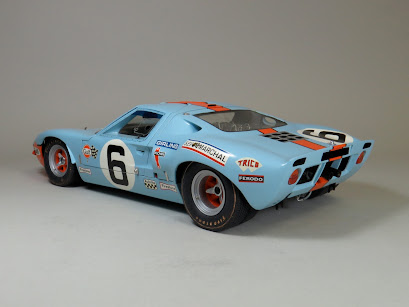 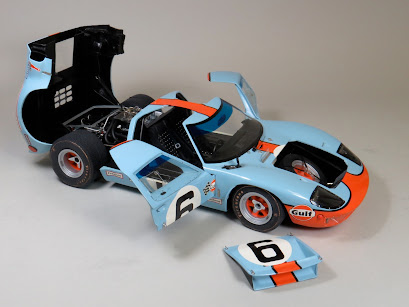 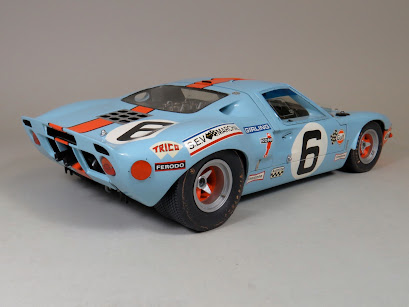 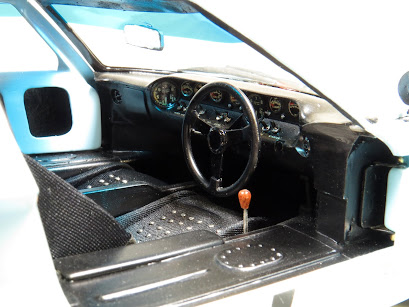 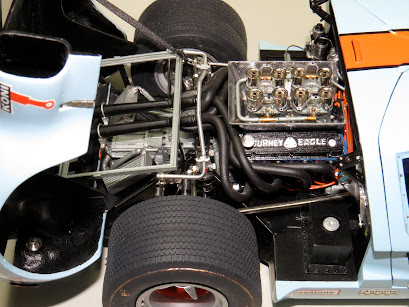 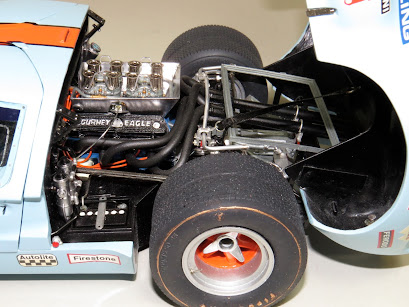 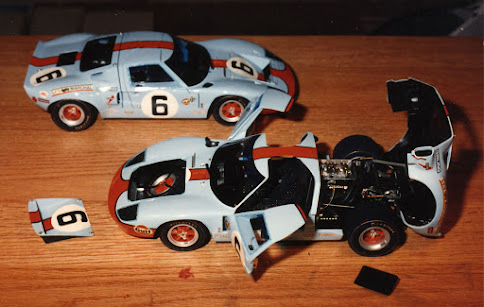 His early career background was varied, and with no professional training in model making or similar industries. Hine's story is one of an enthusiast, who very briefly tried several different careers, before somewhat falling into model making.

After various jobs, he wound up working full time as the in house model builder for Grand Prix Models, a well known specialist model and kit dealer near London. While building and improving numerous kits for customer orders, he continued to learn and hone his skills to the point where he was making completely scratch built models. He left GPM in the mid 1980s and made scratch built masters for his own 1:12 scale limited editions (Porsche 956, Jaguar XJR), as well as 1:43 and 1:24 scale patterns for various cottage industry model companies for their own production runs.

From around 1988-1991 he scratch built six fully detailed Ford GT40 models in 1:12 scale. Four of them were identical models of Ch. No. 1075 the two-time Le Mans winner. The other two were Road cars. Later Bob made a one-off GT40 with all removable body panels, and a HUGE 1:72 scale Space Shuttle on it s launch pad. The total output for Bob Hine scratch built models is about 8 pieces.

In the early 1990s Hine and his family moved to the Philippines which is where is wife is from. It was difficult for him to work there, and so after a few years, Bob and his family moved back to England. During his time in the Philippines, he did some freelance pattern work for us CMA, as well as for SMTS. He subsequently went to work for SMTS full time, and left them in 2004.

Bob continues to work as a freelance pattern maker for various specialty model firms, and he also accepts commissions for scratch built models.