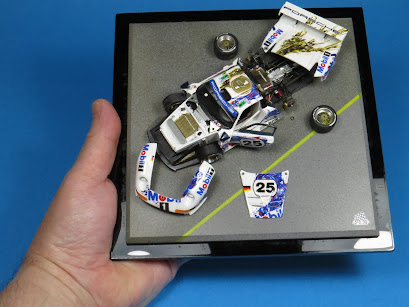 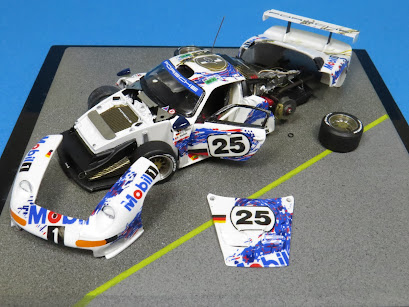 This extremely rare, super detailed Porsche scene was built by the late Peter Wingfield under his old company label: Pro Line Models. This piece was built sometime between 1996 and 1997 using a limited edition kit by Provence Moulage of France, who are also no longer in business. Models such as this built by Pro Line were often built as one-offs. It is believed that Pro Line only built between 1 to 4 of these pieces. Quite rare. All of the parts in this diorama are fixed/set in position in the custom case as shown. The model is in perfect as new condition, and there a substantial amount of detail to be found everywhere you look, the pictures say it all. This piece comes with a fitted acrylic cover and it truly does display beautifully. 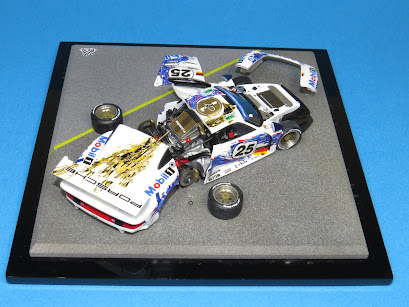 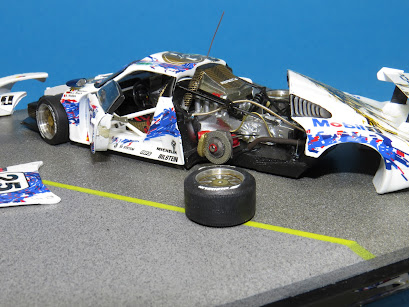 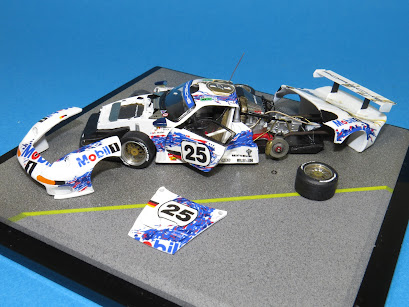 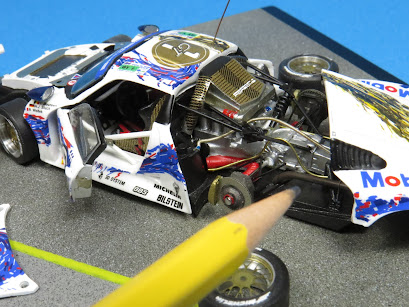 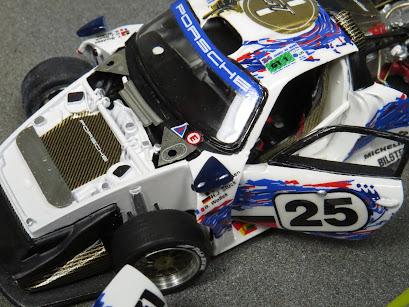 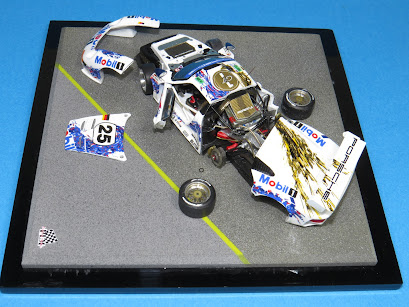