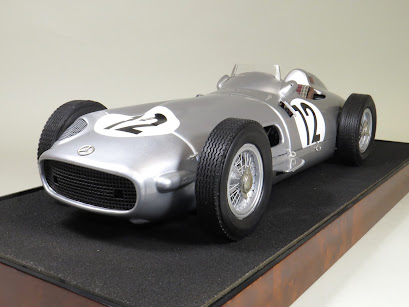 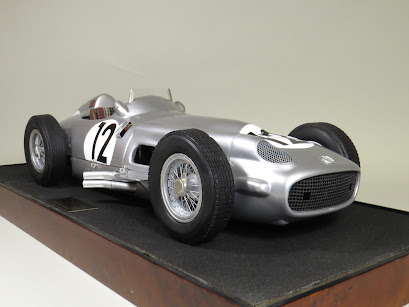 This wonderful piece is one of a very limited run produced by noted large-scale model constructor, Javan Smith. As with all of his works, this was hand built in England. It is very rare, less than 50 built.... Perhaps closer to only 25 pieces! The model shown is one of his very early editions, and it replicates the 1955 British G.P. Winner.

A special note:  This model comes with a plaque mounted to its base which has been personally autographed by (Sir) Stirling Moss!  This is the only one of these models to have this feature!

The model is beautifully finished; high gloss paint, and all the correct exterior details and markings are there. This W196 rests on hand laced wire wheels shod with great treaded tires. Visible front suspension components are made of cast metal. Even the knock-off wheel spinners are correct... 3-ear on the rear wheels and 2-ear on the fronts. The interior is also very well done with its various details including the seat, upholstered in plaid fabric!  Beautifully done.

The model is mounted in its original display case, and overall represents an excellent value of a very rare model. 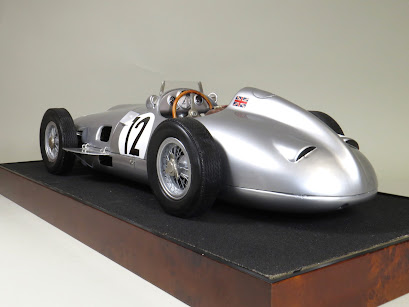 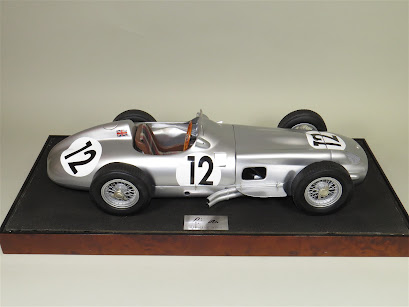 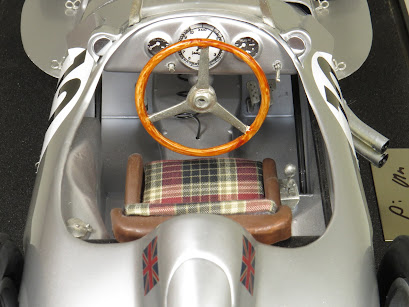 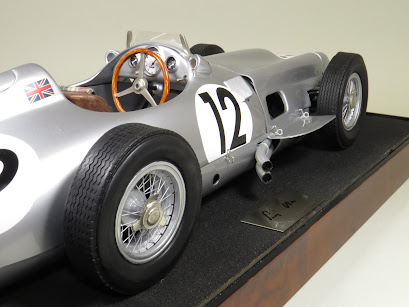