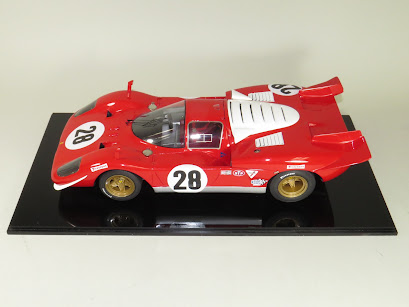 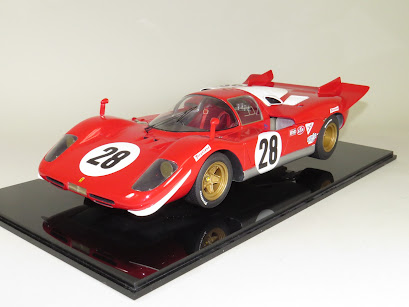 Brianza was the first to produce large scale hand built limited edition models for collectors. Specifically 1:14 scale. Though he did also produce some much more limited run models in larger 1:12 scale, such as the 512S.  In the early 1980's, Brianza started with a series of Bugatti's that were commissioned by RIO. Not long after, in the mid '80s, he chose Ferrari for his own line of these 1:14 scale limited editions. The first of which was the 365 GTB/4 'Daytona' Coupe.

Most of the Ferrari editions are available today directly from the Brianza family in Italy, made the same way as they always have been, by hand and in their workshop in Italy. The difference today is higher prices. Expect to pay around $2,300. USD for a new one directly from ABC.

Hand built in Italy. Beautifully finished, this model has been thoroughly checked, and polished. No missing or loose parts, and all fit well. This piece is in as new condition, and is from an extremely limited run.  This 512S model replicates the factory entered car as driven by Mario Andretti, Arturo Merzario, and Jacky Ickx.  It was the pole position car and placed 3rd overall. This model is very well detailed, and the 12 cylinder engine with its surrounding compartment is impressive. It is supplied mounted in its original acrylic case.  There is some light surface scratching to the top acrylic cover. 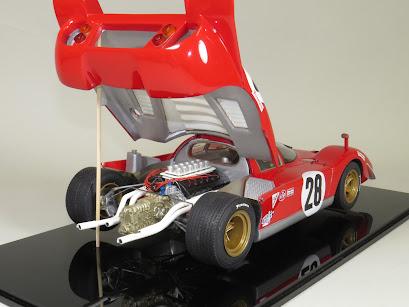 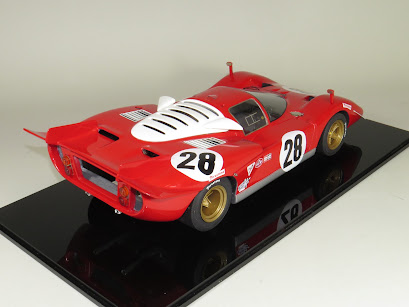