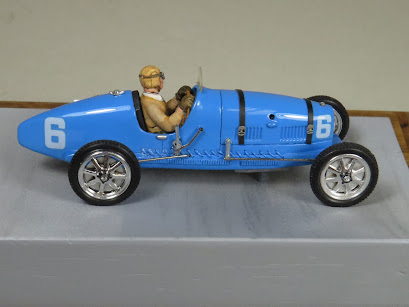 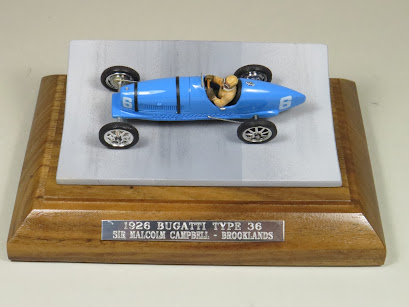 About the Exceedingly rare classic racing scenes by Racing Dioramics

Some savvy collectors already know about and own works by one of the best kept secrets in the field of specialty car models. (Marshall has four in his own collection.)  But for those who don't we'll go into some detail again.....These little beauties are the amazing and captivating works by the two partners behind Racing Dioramics: Crittenden Rumford and Nestor Spinelli.

Racing Dioramics specializes in classic Grand Prix and road racing scenes (mini dioramas or vignettes) in 1:43 scale. They also specialize in producing limited run figures in 1:43 and larger scales. Occasionally they built a road car scene. Others have tried to imitate their work, but none come close. Today they build commission work and limited editions of only 10-15 pieces, mainly of the modern F-1 era. There is a long waiting list, and they are not accepting new commissions.

Each racing scene depicts a real point in time from auto racing history. All were hand built in the USA, in the early to mid 1990s, and all are virtually impossible to find anywhere today, especially since most, like the models being offered here are all one-offs!  The figures have been individually, painstakingly carved and painted, with oh-so accurate faces, period clothing, helmets, and gloves.....even their goggles have separate clear lens's! The positions of hands arms and bodies perfectly replicates the drivers in action. Each car was hand built from long out of production rare limited run European kits, with many custom added details. Each detailed display has also been created by hand, and perfectly sets off the stunning miniature cars and drivers.

These vignettes are truly miniature works of art - Crittenden's amazing ability to give life to her figures is more than impressive. Combining that with her partner Nestor's great talent to create the rest of the scene and build the cars is a winning combination.

This model is genuinely one-of-a-kind, only this one was built by Racing Dioramics. The model also comes with an acrylic cover. 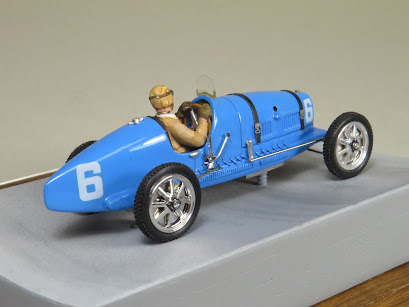 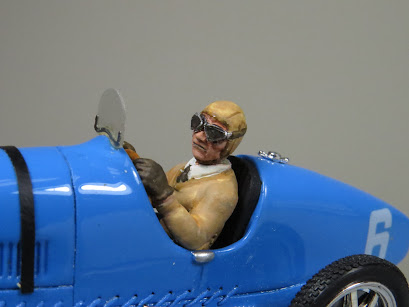 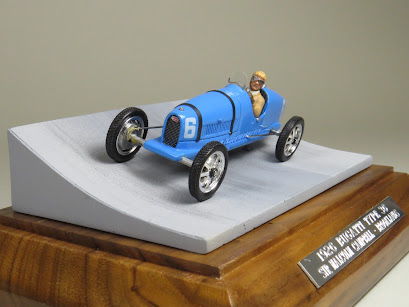