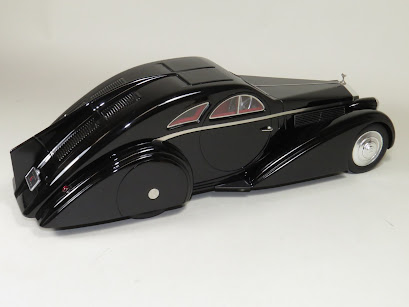 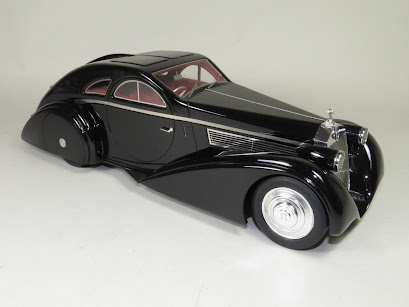 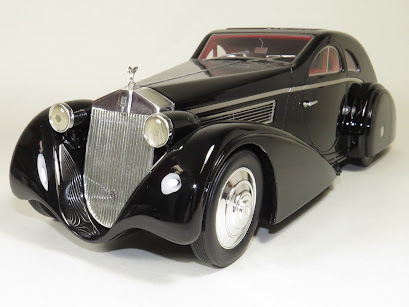 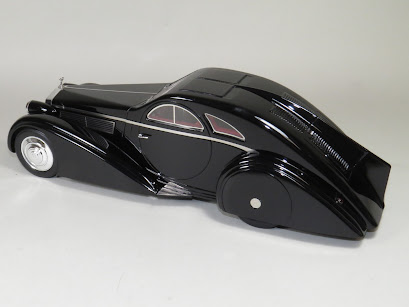 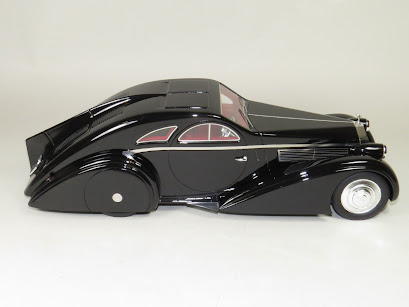 Replicated as it is restored today, and in the collection of the Petersen Museum. From a limited edition of 29 models in black, hand built, curbside model, produced in 2009. TRL is an Asian company who generally produce models for other companies. Within this series of the "Round Door Rolls" they also produced 29 each of two other color variants: Gold, and White, which are colors the car was painted at various times prior to being acquired and fully restored by the Petersen Museum. The model is impressive and beautifully finished. This piece is in mint condition and comes with its original box,
$395. SOLD